Back to AJ's story

AJ Woolverton
On Tuesday, March 17, 2020, AJ Woolverton, 76, of Sherman, entered into eternal life, after a long extensive battle with a terminal illness.
Mr. Woolverton was born September 26, 1943 in Gainesville, Texas the son of Paul and Sybil (McAffee) Ritchey. He served his country proudly in the U. S. Navy. AJ married the love of his life, Judy Jordan, May 11, 1984 in Sherman, Texas. He worked at Armco Steel for many years before moving to Sherman. AJ then became co-owner of Texoma Concrete Company until he retired. His favorite pastime was playing dominoes, AJ loved his family and enjoyed spending time with them. He will be greatly missed by all who knew and loved him.
Mr. Woolverton leaves behind his family, wife of 35 years, Judy Woolverton of Sherman, Texas; daughters, Elizabeth Ann Ferreri of Calera, Oklahoma; Marylynn Loyd of Denison, Texas; Rebecca Marie Vollmer of Cocoa, Florida; Vickie Moore of Cocoa, Florida; son, Ricky Moore of Sherman, Texas; grandchildren, Jordan Granville Ferreri, Ryan Paul Russell, Addy Kate Loyd, Hudson Grant Loyd, Katelyn Elise Roberts, Michael Chase Bardwell, Tyler Vollmer, Arron Vollmer, Branden Vollmer, and Jonathan Moore; great grandchildren, Rain Rae Roberts, and Remi Reece Roberts; brothers, Paul Ritchey of Gainesville, Texas; Danny Ritchey of Gainesville, Texas; Sammy Ritchey of Madill, Oklahoma; sister, Lucy Thomas of Whitesboro, Texas; and numerous nieces and nephews.
A service to celebrate his life will be held at a later date. Due to the corona virus, the family request thoughts and prayers instead of food and visits.
In lieu of flowers, memorials may be made in his name to the American Cancer Society.
Condolences may be registered online at http://www.fisherfh.com
Arrangements are under the direction of Fisher Funeral Home
Published on March 20, 2020
To send flowers to the family of AJ Woolverton, please visit Tribute Store.

Send flowers
in memory of AJ

A place to share condolences and memories.
The guestbook expires on June 18, 2020.

Don Swank
Saddened to hear of AJ’s passing. Iwe shared many good times together while we both worked at National Supply. God bless Judy and his family for it’s comforting knowing he is with the good Lord forever.
Paul wilson
Sorry about your loss I knew aj for manyyears my prayers are with you all
View all 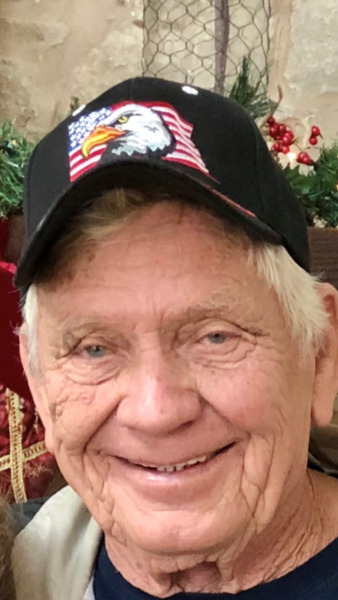