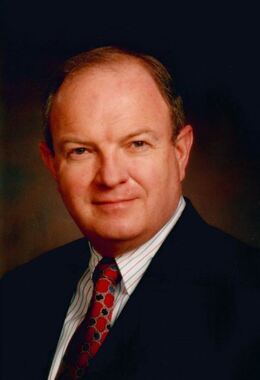 Back to Charley's story

Charley Henderson, a lifelong resident of Gainesville, Texas passed away at his home on December 4, 2019 at the age of 70 years.
Charley was born on February 21, 1949 in Gainesville, Texas to Milton and Jean Henderson. He attended Gainesville High School and graduated in 1967. After graduation, Charley attended Cooke County College and North Texas State University. While in high school, Charley worked for KGAF 1580 AM and for Channel 12 KXII in Sherman. It was at this time, that his interest in broadcast media was born.
Charley had many different pursuits in life which included owning and operating the Acme Cleaners with his dad from 1976 -1990. After selling the Acme Cleaners, Charley started a new venture by applying to the FCC and being granted a new FM frequency in Gainesville that had just been allotted, thus building KXGM from the ground up. KXGM 106.5 FM was on the air from 1991- 2002. After a short retirement, Charley purchased KNTX 1410 AM in Bowie Texas in 2003 and currently owns.
In addition to his career in Radio and Dry Cleaning, Charley had many other passions. He was a member of the Gainesville Independent School District Board of Trustees from 1995 - 2004 where he served as the President of the School Board for three years. Charley was also on the Parks and Recreation Board and played a vital role in the restoration of Locke Field and Leonard Park in the 1990's. Charley was a football official for 35 years officiating games from the junior high level to collegiate level including many state high school championship games. He also enjoyed coaching summer league baseball where he had the opportunity to mentor many young men including his 3 sons.
Charley is survived by his wife of 47 years, Pam; his son Chris and daughter- in- law Jennifer of Highland Village, Texas; his son Chad and daughter- in- law Morgan of Gainesville, Texas; his daughter Courtney and son- in- law Donald Waddle of Argyle, Texas. brother-in-law Brent Cantrell and wife Trudy of Pilot Point and mother-in-law Bobbie Cantrell. Charley is also survived by two grandchildren Caden and Addison and numerous relatives. He was preceded in death by his parents Milton and Jean Henderson, Father- in- Law Jimmy Cantrell and son, Curt Henderson.
A visitation will be held at Geo. J. Carroll & Son Funeral home in Gainesville from 5:00 pm - 7:00 pm on Sunday, December 8th. The funeral will be held at First Baptist Church of Gainesville on Monday, December 9th at 2pm with interment following at Fairview Cemetery in Gainesville, Texas.
In lieu of flowers, donations can be made to the Scottish Rite Hospital in Dallas, American Heart Association, Boys and Girls Club of Gainesville or the Gainesville ISD Education Foundation.
You may sign the online register at www.geojcarroll.com.
Published on December 7, 2019
To plant a tree in memory of Charley Henderson, please visit Tribute Store.

Plant a tree in memory
of Charley

A place to share condolences and memories.
The guestbook expires on March 05, 2020.

Steve Simmons
To: Pam and family. My deepest condolence upon your loss of Charley. He anchored the KGAF news compendium that he and I did together in the summer of 1971. He was a classy man, a caring person and a fine radio talent to boot. I'll have special memories of having known him, as he now rests in peace from his earthly labors. May Holy God be very near to you Pam and the Henderson family at this time. Steve Simmons in the Philippines

Lovely One Spathiphyllum Plant was purchased for the family of Charley Henderson.  Send flowers

Melvin Royal
I was one of those kids that Charlie mentored. He was a coach, a mentor, a father figure, and someone I looked up too. He was a very special person to me and my brother. He made sure me and my brother and grandmother got what we needed during our time with him on his Basesball teams. I am very grateful to be a part his legacy. My heart goes out to the Henderson Family. I love you Charlie.
View all