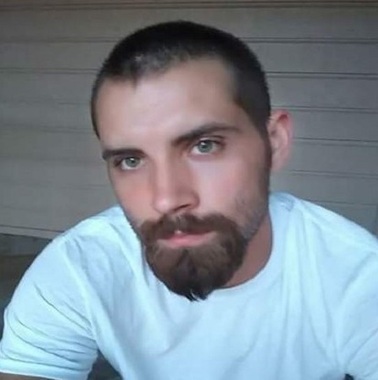 Back to Dallas's story

Dallas Corey Tate, 27, of Sherman, Texas was called to his eternal home on Saturday, November 16, 2019.
Dallas was born on September 21, 1992 in Irving, Texas to Dallas Tate and Tonja Dotson King. Dallas was an amazing son, brother and uncle, one who loved fiercely, protectively and with his whole heart. He loved his family, the Dallas Cowboys, and being with his sisters and their kids, he was the best uncle. He showed unconditional love to everyone and in return he was loved unconditionally by family and friends. He would never hesitate to give the shirt off his back. Dallas' smile could brighten up any room and lift everyone's mood.
He is survived by his mother, Tonja King and bonus dad, Tim; father, Dallas Tate; sister, Lyndsay Morris and husband, Aaron; sister, Kristina Tate; step-sister, Ashley Drake and husband, Jeff; step-brother, Sam King and girlfriend, Ashley Yeary; his girlfriend, Megan Dubois; nephews, Christopher Gibson, Jett Drake, Aaron Morris, Shayne Morris, Jesse Morris; nieces, Trinity Schneider, Jaydyn Schneider, Baylee Schneider, Melody Gibson, Samantha Morris; grandparents, Rev. Lonnie Dotson, Ellen and Bobby McPherson, Don and Ruth Rogers, C.L. and Sandy King; great-grandmother, Virginia Tate and an abundance of uncles, aunts and cousins.
Dallas was preceded in death by grandfather, Terry Tate; great-grandfather, Buddy Tate; grandmother, Norma Dotson and several uncles and aunts.
A visitation honoring Dallas will be held at Meador Funeral Home of Whitesboro on Tuesday, November 19, 2019 from 6:00 PM to 8:00 PM.
To sign the online registry, please go to www.meadorfuneral.com.
Published on November 18, 2019
To plant a tree in memory of Dallas Tate, please visit Tribute Store.

Plant a tree in memory
of Dallas

A place to share condolences and memories.
The guestbook expires on February 16, 2020.

God Bless all who love and miss DJ so badly. Such a tragedy to lose him at such a young age. My prayers are with you all.

Sweet Tranquility Basket was purchased for the family of Dallas Tate by Mary Braun.  Send flowers

Beautiful in Blue was purchased for the family of Dallas Tate by Betty Braun Wright.  Send flowers

My heart goes to all who has been heartbroken for the loss of such a great kid. We all Reiner him as a little tyke and I saw him once in his teen year’s. He looked so much like his Dad. May he rest in god’s hands.

Medium Dish Garden was purchased for the family of Dallas Tate by Marlene Drake.  Send flowers

Loving Lilies and Roses Bouquet was purchased for the family of Dallas Tate by Ellen Mcpherson.  Send flowers

Sweet Tranquility Basket was purchased for the family of Dallas Tate by CHRIS THIEDE.  Send flowers