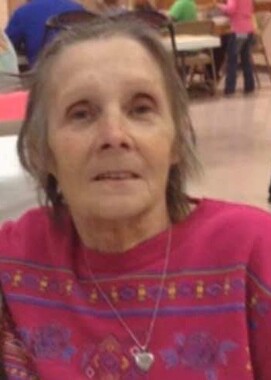 Back to Linda's story

Linda Darlene Kittrell, 72, of Burneyville, Oklahoma. was called to her eternal home on Tuesday, February 11, 2020.
Darlene was born on July 23, 1947 in Gainesville, Texas to Lum Jarrett and Valta (Tamplen) Mayo. She enjoyed cooking, coloring, gambling at the game rooms and watching television, she was a night owl. Darlene loved her family tremendously, especially all her grandchildren and her great-grandchildren, she loved getting together with her sisters.
She is survived by her daughter, Angela Lambert and fiancé Brad Ritchie of Nocona; son, Larry Kittrell and wife, Rachel of Collinsville; son, David Teafatiller and fiancé, Courtney of Marietta; grandchildren, Jeremy and Alyssa Willis, Amber and fiancé Chad Hess, Bryson Teafatiller, Kalvin and Makaylie Teafatiller, Taryn Leigh Teafatiller, L.J. Kittrell, Josh Kittrell, Mikey Hilliard, Gracie Riddels, great-grandchildren, Brinlee Kittrell, Raylan Willis, Jensen Willis, brothers, Dan and Judy Mayo, Waymon and Linda Mayo, Ronnie and Betty Ann Mayo, sisters, Joyce and Jackie Crisp, Jean, Roy Jr. and Arlena Crisp, as well as numerous nieces and nephews.
Darlene was preceded in death by her husband, Clarence Kittrell, her parents, Lum and Valta Mayo and sister, Pat Ware.
Memorial services honoring Darlene will be held at 2:00 PM on Saturday, February 15, 2020 at Meador Funeral Home in Whitesboro. A time of visitation will be held one hour prior to services at the funeral home.
To sign the online registry, please go to www.meadorfuneral.com.
Published on February 13, 2020
To send flowers to the family of Linda Kittrell, please visit Tribute Store.

Send flowers
in memory of Linda

A place to share condolences and memories.
The guestbook expires on May 13, 2020.