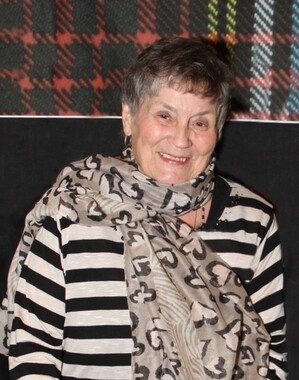 Back to Lucille's story

M. Lucille (Lou) Dobson Porting Sallee, 85 of New Castle passed away January 3, 2020 in Grand Junction, Colorado. Lou was born to Horace and Anna (Berends) Dobson on October 23, 1934 in Hutchinson, Kansas. She grew up in Hutchinson, where she raised her two daughters. She was an avid water skier and bowler during those years. She married Norman Dean Sallee in 1973 in Oklahoma.
Lou was a woman of strong character and loyalty. She had a sharp wit and a warm smile. Her love for her family is endearing. Her faith was very important, as were her friendships. She was a wonderful Mother, Mother-In-Law, Aunt, Grandma, Great-grandma (GGlou) and friend to everyone who met her.
Lou is survived by her daughters, Terri Colonna (Eddie), and Debbi Billings (Brad McIver); Step-children, Kent Sallee, Deanne Sternberg and Jeff Sallee: grandchildren Eric Nichols, Mat Hostetler , Sandi Hathaway, and seven step grandchildren; Great-grandchildren, Kalen Nichols, Jordan Nichols, Braden Nichols, Emily Hathaway, Porting Hathaway and Philah Hathaway, and her faithful dog, Reggie.
Lou was preceded in death by her husband, Norman.
Memorial Services will be held Thursday, January 9, 2019 at 3:00 P.M. at the Emmanuel Lutheran Church in Rifle, Colorado.
Published on January 9, 2020
To send flowers to the family of Lucille Sallee, please visit Tribute Store.

Send flowers
in memory of Lucille

A place to share condolences and memories.
The guestbook expires on April 07, 2020.