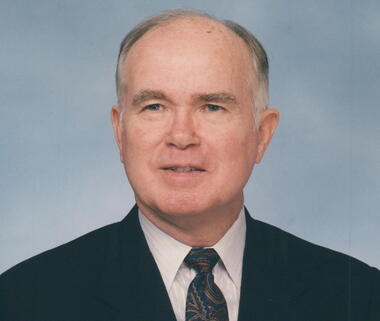 Back to Robert's story

Robert "Bob" Beasley, loving husband and father, passed away at the age of 86 on January 2, 2020. He was an honorable, devoted husband, father, grandfather, patriot, and friend who served in many capacities at Park Central Baptist Church, including service as a preschool teacher and a deacon and Deacon Emeritus for almost 50 years. He served with distinction in the U.S. Army from 1955 - 1957 during the Cold War. He received a BBA from North Texas State College (University of North Texas) in 1960 and afterward worked for Southwestern Life Insurance Company and Electronic Data Systems (EDS). Robert was personally recruited to EDS by Ross Perot, Sr. and was referred to as one of Perot's "Eagles." Ross was famous for saying, "Eagles don't flock, you have to find them one at a time." Robert worked at EDS in a variety of high level roles where he distinguished himself for 29 years. Later, he worked as a Consultant for a Canadian company. Robert earned Chartered Life Underwriter (CLU), Chartered Financial Consultant (ChFC), and Fellow, Life Management Institute (FLMI) professional designations during his illustrious career, fully retiring in 2000 from the jobs that took him to the Middle East, Asia, Australia, Europe and many other areas of the world. Robert was born on January 5, 1933 in Gainesville, Texas to Guy L. Beasley, Sr. and Claudia (Truitt) Beasley. Robert married Helen Hunt in 1960. Together they raised their loving daughter Nancy. Robert enjoyed life and prioritized his faith, family, country and career, but mostly loved spending time with his family and grandson Zeke. He was known for his loyalty, gentle spirit, mathematical mind, and witty sense of humor. A funeral service will be held at 11:00 a.m. January 7 at Park Central Baptist Church at 7777 LBJ Freeway Dallas, Texas 75251. Robert was preceded in death by his parents; brother, Guy Beasley; and sisters Mary Hammer and Loyce Coldwell. He is survived by his beloved wife Helen; daughter Nancy; Grandson Zeke; sister Joyce Eastin and a host of nieces and nephews.
Published on January 6, 2020
To send flowers to the family of Robert Beasley, please visit Tribute Store.

Send flowers
in memory of Robert

A place to share condolences and memories.
The guestbook expires on April 05, 2020.