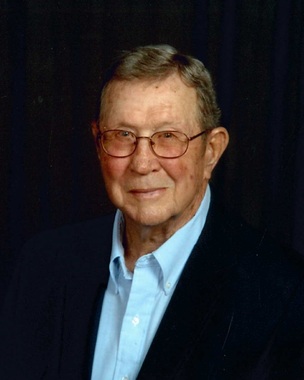 Back to William's story

William Allie "Pete" Jones
May, 1930 - January 4th, 2020
William Allie "Pete" Jones was born in Bulcher, Texas in May of 1930. He was the youngest boy and the next to the youngest child of twelve children. His parents were Mattie Lou Clift and James Harvey Jones.
Pete attended Saint Jo School where he excelled in athletics, especially football. In his senior year he received a full scholarship to play football for Texas Tech University. After a short stay at Texas Tech he returned home by getting a job as a lineman with Ma Bell. Pete was introduced to Doris Shaw in Gainesville by friends from Tabernacle Baptist Church. They soon married on April 27th, 1949. Not long before their marriage, Pete started his career in the oil field working for J.R. & Adam Seitz Oil Company. Pete worked for the Seitz family for over 30 years, not only in the oil field but also managing Gladney Ranch in Thackerville, Oklahoma. Before his retirement from the oil field Pete also worked for Wayne Harper. He loved to ranch and continued to work producing cattle on the Gladney Ranch until he was physically unable.
Pete is survived by his wife of seventy years, Doris Jones, and their children: Tim Jones and wife Chie, Terry Jones and wife Becky, Traci Paulette and husband Cary. Pete is also survived by their grandchildren: Kristen Neal; Katherine Jones and children Noah and Amelia; Meredith Ward, husband John and children Charlotte and Hayden; Alex Bellamy, husband Nick and children Cade, Stone, and Blair; Jenna Stammen and husband Tim; Madison Paulette; Garrett Paulette; and his sister-in-law, Barbara West and numerous nieces and nephews.
Pete was preceded in death by his parents and his eleven wonderful siblings: Marie Tafte, Hattie Monroe, Anna Prather, Clift Jones, Woody Jones, J.B. Jones, Margarette McMackin, Paul Jones, Jean Moore, Doc Jones, and his little sister, Hope Chambers.
Pete's favorite book in the Bible was the Epistle of James. He once quoted, "Religion that God our Father accepts as pure and faultless is this: to look after orphans and widows in their distress and to keep oneself from being polluted by the world." Following up he stated, "And that's really all there is to remember."
Pete's family would like to thank: Pecan Tree Nursing Home, Heart-to-Heart Hospice, City of Gainesville Fire and Rescue, and North Texas Regional Medical Center for their care and guidance throughout Pete's illness. In lieu of flowers, donations may be made to First United Methodist Church in Gainesville.
A memorial service celebrating Pete's life will be held at First United Methodist Church in Gainesville, Texas, Rev. John Flemming officiating, on Thursday, January 9th at 2:00 PM. A private interment will precede the service at Fairview Cemetery in Gainesville. The family will greet visitors at George J. Carroll & Son Funeral Home on Wednesday evening, from 6:00 PM until 7:00 PM.
You may sign the online registry at www.geojcarroll.com
Published on January 6, 2020
To send flowers to the family of William Allie Jones, please visit Tribute Store.

Send flowers
in memory of William

A place to share condolences and memories.
The guestbook expires on April 05, 2020.

Jennie (Ely) Phifer and Nancy (Ely) Norcross
Know that we love y’all and are praying for each of you. The Jones family has a special place in our hearts.
Paige Sullivant Griffith
Pete always greeted me with a smile. He was a wonderful man.
Carol Ann Scivally Herman
Pete was a wonderful man and a wonderful Christian. So very sorry to hear of his passing. I pray that God will wrap His loving arms around all of you and provide the peace and comfort only He can provide. Hugs.
Sherry Cox and the Cox Family

Simply Elegant Spathiphyllum was purchased for the family of William Allie Jones by Sherry Cox and the Cox Family.  Send flowers

Charles W. McBride
Very fond memories of Pete, especially growing up in the oil patch under his tutelage working for J. R. & Adam Seitz, Ltd. We will miss you, Pete, but are consoled knowing you are in a better place. Best wishes to Doris and family.
Mary Nelle Cummins
Praying for God’s comfort and peace for all the family. I’m sorry I did not know this Godly man, but I feel that I have known him through all the wonderful stories I’ve heard about him. A life well lived!
Jim Chambers
Pete was one of my favorite uncles. I have many fond memories from when I was growing up. He was the last of twelve. I know he is in a better place now. May he rest in peace.
David and Angela Vinson
So sorry to hear of Pete's passing. I still remember the first handshake some 40 years ago. His hand was about three times the size of mine!! Or at least felt like it...
Our thoughts and prayers are with the family .
View all